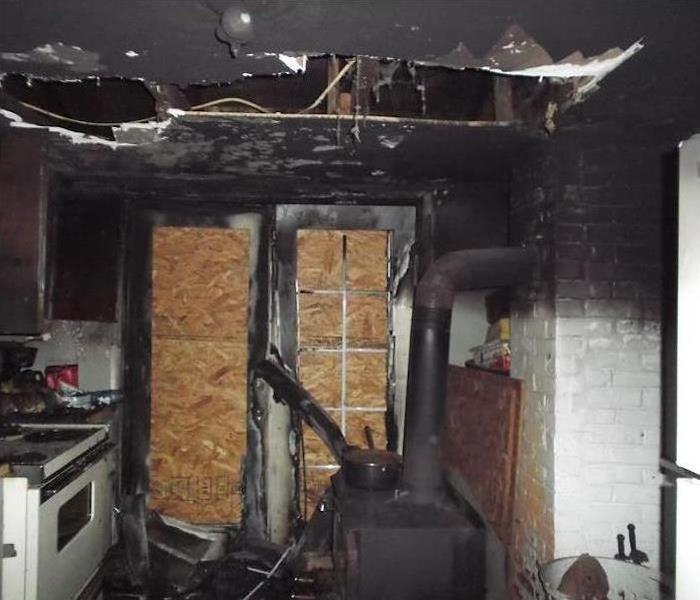 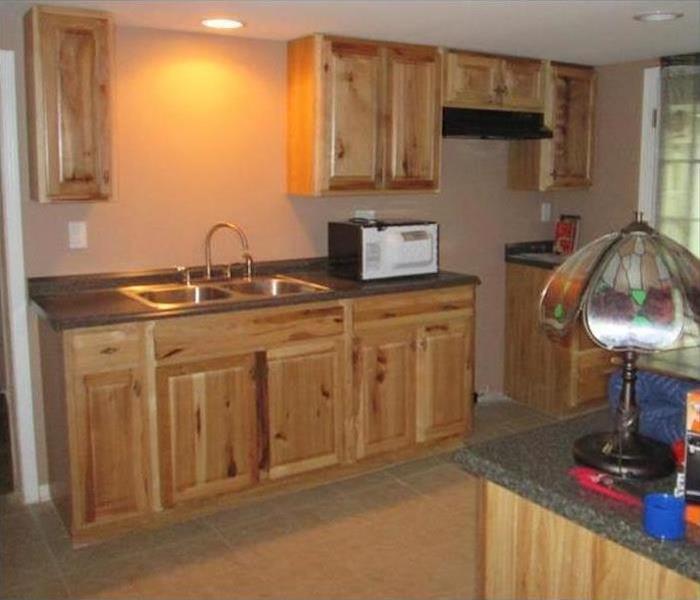 Incredible fire damage overwhelmed this Dallas kitchen causing substantial destruction to any exposed surfaces, appliances, and fixtures. These homeowners knew that professional restoration was the only solution and trusted their property to the experienced hands of our SERVPRO team. After the extinguishment process, the kitchen was the worst-looking room of the house, though effects like soot and odors had spread to other areas. This project would require several types of recovery efforts, including:

Assessing the Damage and Creating a Restoration Plan

The Before Photo can show anyone just how destructive a single fire loss incident can be. Our SERVPRO professionals seek to preserve structural elements and contents whenever possible, yet the spreading fire effects were absolute in this situation. Demolition was the only path forward, but there were restoration and mitigation efforts that had to precede with making this disaster "Like it never even happened."

One of the first considerations our team had to make was to prevent the spread of post-fire effects like soot and smoke particles. Our competent crew chief met with the homeowner to determine the extent of the damage, photograph the affected areas, and begin establishing a credible restoration plan to help. A property inspection can identify structural hazards and weaknesses as controlled demolition and other fire mitigation services get underway.

As you can see in the Before Photo, the French doors were severely targeted by the combustion's excessive heat and thick residues. Even though these units would be on the list for removal and replacement, at the time of this picture, they were stable backing material for the installation of plywood intended to prevent the spread of carcinogenic particles to the house. Board-up services are a common element to the containment effort, reducing the severity of odors and smoke damage by designating a clear work area.

Reaching the results of the After Photo did not happen overnight. Our SERVPRO professionals had to completely gut the kitchen, including the ceiling, floors, and cabinetry. With a shell of the room remaining, fire restoration practices were still vital to ensuring that any reconstruction efforts to come were not still met with overwhelming odors or circulating fire damage effects. We were running a hydroxyl generator since early in the restoration process prevented soot particles and odors from becoming an overwhelming condition during house fire clean up.

Putting this Dallas Kitchen Back Together

SERVPRO professionals in Dallas took the After Photo here before new appliances had arrived on the side, showcasing our newly installed cabinetry, floors, and ceiling system materials. Because we took time to establish a thorough fire restoration plan early on with our crew chief, the homeowner was well aware of the respective timelines for restoration and reconstruction. The knowledge helps keep a property owner calm during a traumatic situation, and when they were welcomed back to the residence, their kitchen area was like new.

View More Before & After Photos